I don’t know about you, but when I get stressed and tired my eyes are the tell tale sign. I become very aware of puffiness and the skin around my eyes just generally looking dull. So this lovely simple product has been my savoir for this term at uni. 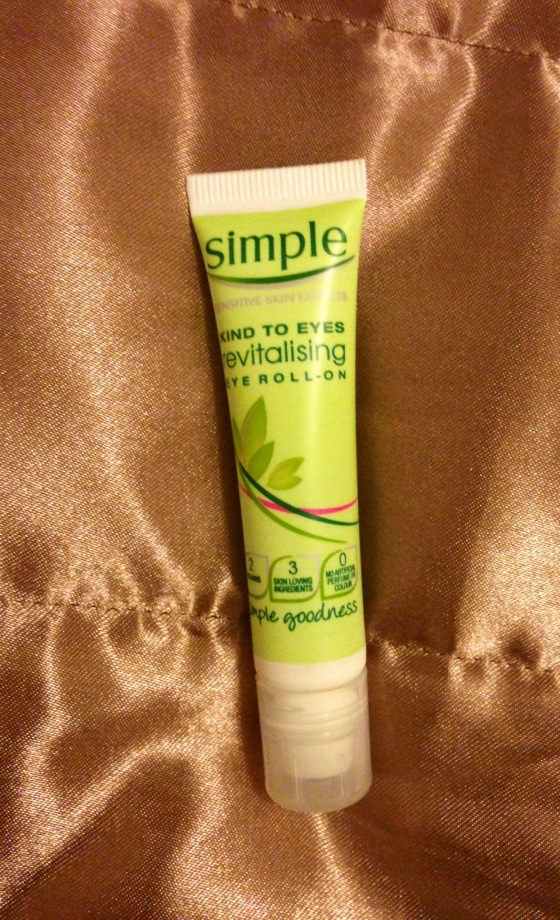 I keep my eye roll-on in my room at uni, however my heating does leave something to be desired (heat!) so my room is constantly at a cool temperature. If you have the luxury of non-temperamental heating then I suggest keeping this little tube in the fridge to maintain the best effects of this product.

I love the cucumber extract in this product, it is great for my sensitive skin and hasn’t caused any blotches or breakouts! This product is a miracle if you have had one too many late nights.

Would you use this product? Or do you have a favourite eye product, leave a comment below or Tweet us @thesarahsblog to let us know.

By Sarah Redman With Halloween this week many people will be sorting their costumes, some will go big and spend on their outfit, others will have a go at the face paint, but some will stick to the accessories. So … END_OF_DOCUMENT_TOKEN_TO_BE_REPLACED

I discovered these beauties a few years ago at London Fashion Weekend, when I spotted various people wondering around the shopping area with the most amazing eyes and felt totally underdressed in the makeup department. Needless to say I didn’t take this lying down and made my friend queue for half an hour till I got my lashes!

The brand I lusted after, Paperself, were the designers of my ‘peacock’ inspired lashes, and yes, the clue is in the name: they are made from paper! My first thought was how easy will it be for me to give myself a paper cut with these things and the second will I pick them up and rip them?! But after my free trail I was sold.

Previously, I have never been too impressed with False Lashes. I have a phobia of spiders and the idea of sticking ‘dead’ ones to my face was kinda creepy! The glue was always too messy and my hand-eye co-ordination didn’t help one bit.

The designs I saw shown at London Fashion Weekend were original, dainty, and fresh. Recently many celebrities have been spotted with designs on their lashes, from letters, to block colours, and patterns. This is becoming a lucrative industry, the lashes can be a real talking point, and can make a great feature or just glam up an outfit!

Paperself quotes Marcel Proust on its website -“The only real voyage of discovery consists not in seeking new landscapes but in having new eyes.” Paperself was ‘launched in 2009 by London based designer Chunwei Liao’ and in September of 2011 worked on a pair of Lashes for the V&A. The lashes ‘inspired by nineteenth century French silk bobbin lace’ and are just beautiful! They have recently won themselves a spot on the Nylon 2012 Beauty Hit List as well. Find out more on their blog.

Check out their website to see the quirky ways they display their lashes and maybe even bag a few yourselves!

My latest favourites are the Birds, also their London Skyline design – awesome, but where is The Shard?

The beauty of Paperself is their versatility. The lashes can be cut to leave only one section of the pattern you want which can be attached to the outer corner of your eye: on the top lash for a minimalistic look with a difference or glue to your lower lash line for a statement effect (slightly easier than testing your eyeliner skills). 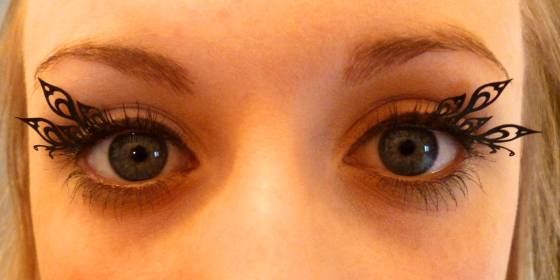 [Both ways seen on the model – Grace Redman: “These feel so light on, normally false lashes just annoy me.”]

With such a variety of lashes available now, from glitter to gem studded, you can be spoilt for choice. But if you are looking for something special then try these guys, with their wide range of patterns and ever growing company you will find what works for your outfit.

(Definitely worth a watch!)

Have you tried these lashes or thinking of giving it a go? Drop us a comment or Tweet thesarahsstyleblog @thesarahsblog 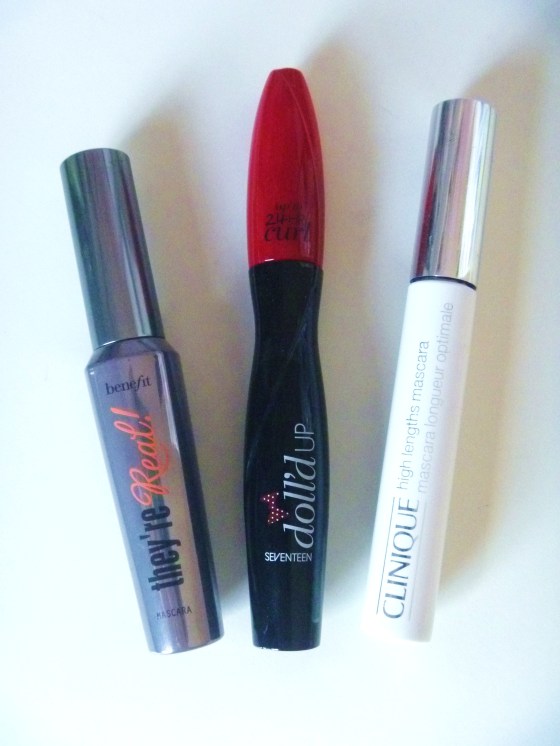 This product I acquired through the goodie bag from the Cosmo Careers Masterclass, but you can get yours from Boots, feelunique.com or anywhere with a Benefit counter! It may come out at an eye-watering (excuse the pun) £19.50, a fair penny more than some great high street brand’s best sellers. However, even as a student, i would definitely invest in this product – it’s worth it.

The reviews speak for themselves, with the Benefit site racking up 461, Boots 130, and feelunique.com 38, with the majority overwhelmingly positive. The one downside seemed to be that the mascara itself was ‘clumpy’, mine has been fine so to anyone with this problem I suggest having a look at where you store your make-up! Yes the bathroom mirror may have great light, but those hot showers aren’t doing your make-up any good. Don’t forget, they may be promising fantastic lashes but if you pile any mascara on too heavily it will clump – sorry! Take it slow and watch a few YouTube tutorials or ask your local makeup counter for some tips.

Before this mascara I used Clinique‘s High Lengths Mascara (£16.00), I have been using this mascara for a while now and to be honest would be and still am reluctant to change. It is great to have variety in your make up, because lets face it you wouldn’t go out in the same make-up you wear down the supermarket, so I would advise having a few – just make sure this is one of them. My sister is blessed with stunningly long natural lashes that look like she is wearing falsies or at least a good mascara when she has little or none on – Grrrr… and breath! But this mascara helps with the sibling rivalry, it has a fantastic precision brush which separates and defines lashes for a wide-eyed look.

Clinique have also released High Impact Extreme Volume Mascara (£17.00) this product promises not only the length of their High Lengths Mascara, but also great volume – when pay day arrives i’ll let you know!

I have also recently tried 17‘s Doll’d Up Mascara (Up to 24 hr curl), retailing at £6.29, however if you are beauty savvy you will have already noticed that your recent vouchers for your Boots Advantage Card contain a lovely discount on this product, bringing it in at a credit-crunch happy £2 (Not going to lie I bought it first and foremost for the discount, without even looking at which mascara was so cheep!) But boy am I glad I did. For a mascara that is great for a student budget even without the discount, I was really pleased with the results, I have fair hair and am fair skinned, but the ‘Black’ wasn’t too harsh and actually produces a finish not dissimilar to Benefit’s ‘they’re Real!’ just without the stunning length. This is not to say they don’t add length as the brush is great for that, but curl your lashes before applying and that curl will last!